Whilst Kenya reels in the aftermath of the Al Shabab terrorist attack on Nairobi’s Westgate Shopping Mall which left almost 70 people there, thousands of miles away South Africa is in an introspective mood and well should it be. After all, one of the alleged masterminds of the Nairobi terror attack was British-born Samantha Lewthwaite who spent time in South Africa between 2008 and 2011. 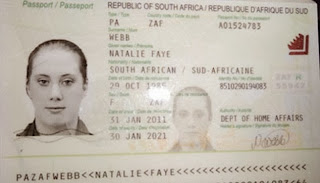 Her fraudulently acquired South African passport was found in a raid on her residence in Mombasa, Kenya. She was dubbed as the “White Widow” by the local media since she is the widow of Jermaine Lindsay - one of the London 7 July 2005 bombers. It should be noted that Lewthwaite occupies a pivotal role within both Al Qaeda and Somalia’s Al Shabab terror groups. Whilst South African authorities focused much of their attention on Lewthwaite herself, more disturbing according to British media reports is that whilst she lived in Johannesburg, she set up a terror network which spanned the United Kingdom, South Africa and Pakistan. Far from merely focusing on the individual who has since left the country, South Africa’s security forces should be spending more time on the network itself. Is it operational? Who are its members? What are its targets? What kind of training are members of the network exposed to? How are they funded?

Also of concern is the complete lack of focus on the part of the South African Department of Home Affairs. Statements issued from the Department state that with South Africa’s new identity card system, it is much harder to forge South African identity documents. This, I believe, misses the point. Her South African identity document and passport were not forgeries but legitimate documents fraudulently acquired. As long as corruption exists within the department, irrespective of the number of security features on the new identity card system, a loophole exists for undesirables to obtain such documents.

Neither is this an isolated case. In October 1999, Khalfan Khamis Mohamed, part of the Al Qaeda cell that attacked the US embassies in East Africa was arrested in Cape Town. Like Lewthwaite he lived in South Africa undetected until his presence was picked up by the US Central Intelligence Agency (CIA). Since at least the 1990s various undesirables from Hamas and Hezbollah to the Taliban have made South Africa their home.

Such a situation is intolerable in the fight against global terrorism. Whilst on South African soil many of these solicit funds and plan their attacks against foreign targets. If South Africa is to be perceived as a credible partner against the scourge of terrorism, it will need to do more to keep these undesirables from securing refuge from international justice in this country.
投稿者 Admin 時刻: 10:53 PM