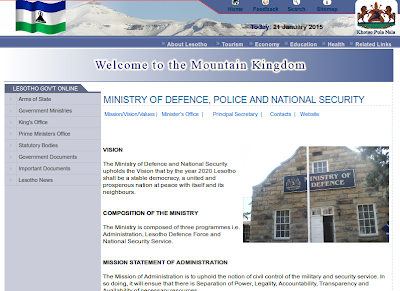 In light of the prospects that the right-wingers (the ABC and Basotho National Party, BNP), also members of the coalition government, are about to lose in these elections, the idea of disturbing and threatening the possibility of peaceful elections is commonplace. This is among other pre-election attempts and many more to be witnessed by the PM to disturb the unfolding of these elections.
投稿者 Admin 時刻: 1:35 AM