Lesotho and the SADC intervention and Democracy in the Region

by M. K. Mahlakeng
“That there are men in all countries who get their living by war, and by keeping up quarrels of Nations is shocking as it is true” Thomas Paine
From 20 November to 2 December 2017, the Southern African Development Community (SADC) deployed a 260-strong battalion regional force to address security concerns following the 5 September 2017 killing of Lieutenant General and Lesotho army chief Khoantle Motsomotso, Colonel Bulane Sechele and Brigadier Tefo Hashatsi. The SADC force comprised military, police, intelligence and civilian components from seven SADC countries; Angola, Malawi, Namibia, South Africa, Tanzania, Zambia and Zimbabwe. The underlying purpose of the force was to provide protection to the Prime Minister Tom Thabane-led coalition government while it implemented SADC’s previous recommendations to arrest military officers accused of alleged gross violations of human rights. Political and security concerns by the regional body over Lesotho are not recent. The regional body’s concerns over Lesotho’s political and security stability and/or instability emerged following the killing of Lt. General Maaparankoe Mahao.

In response to Mahao’s killing, SADC established a commission of inquiry under the leadership of retired Judge Mpaphi Phumaphi. The purpose of a commission of inquiry is to employ independent individuals, during conciliation, to clearly and adequately investigate the facts of a particular dispute and to submit a report stating the facts and proposing terms. Furthermore, this commission must make recommendations and/or official suggestions about the best thing to do. However, in spite of forming a commission of inquiry to clearly and adequately investigate facts, more so in light of the killing of three high ranking Lesotho Defence Force (LDF) soldiers, SADC decided to send a battalion. This initiative may further exacerbate the already fragile political and security environment in Lesotho.

The deployment consumed R87 million (M87 million) of the SADC budget, funds that could have been used to address climatic and socioeconomic hardships in the region Furthermore, such a deployment, as opposed to an inquiry, is perceived to be a tool to suppress citizens and political opinion rather than investigating and addressing the political and security issues in Lesotho. Such a perception emanates from the 1998 SADC intervention in Lesotho, commonly known as “Operation Boleas”, which instead of clearly, adequately and humanely addressing the political and security situation in Lesotho, it acted in favour of a supposedly “sitting government”, suppressing citizens and political opinion and killing 134 Basotho.

These actions are not new to the region, where SADC will deliberately act as an armed force for ruling elites and/or turn a blind eye to the oppression of citizens. For instance, if Swaziland and Zimbabwe, highly dictatorial and undemocratic regimes, were allowed to chair and presumably provide leadership for SADC simply by virtue of them being member states, then yes it is highly possible that SADC can deliberately ignore gross violations of human rights in the region. It is in this instance that no SADC decisions can ever be fully democratic if its leadership is left in the hands of authoritarian leaders. It therefore becomes difficult, if not impossible, to commend SADC’s political decisions and actions in the region. 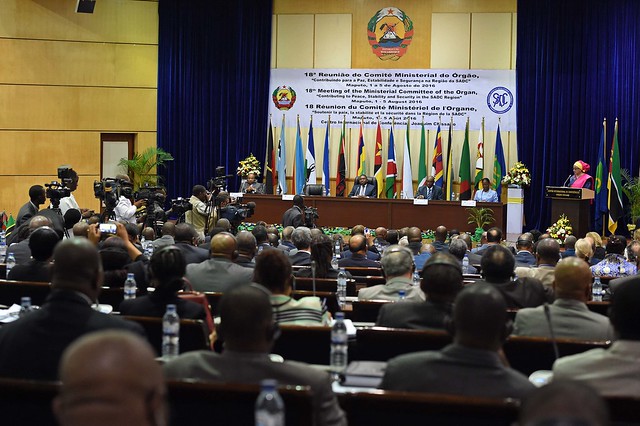 The escalation of tensions and disputes in Lesotho, Zimbabwe and many other SADC member states, to a point where lives are being lost are, are privy to SADC, given their Defence Intelligence Standing Committee. SADC’s inadequacy in numerous member state’s political, economic and security issues is equivalent to ignorance and/or support of such issues at the behest of sitting governments. Much of SADC’s actions in the region have never been made with adequate political and financial will. SADC has ignored the Democratic Republic of Congo’s (DRC) conflict which has prolonged and affected not only the political and socioeconomic stability of the region but the entire continent. It has further failed to address President Joseph Kabila’s overstaying his mandate, which has in many ways exacerbated the political and socioeconomic upheavals in the DRC.

SADC has also continued to support King Mswati III’s despotic monarch rule which has for decades prohibited political autonomy and democratic principles. And this has been done at the expense of constant calls for representative democracy. Surprising how regional democracy can be achieved and conveyed in the region given that the same country [Swaziland], in August 2016, that endorses authoritarianism in contrast to popular support was made to chair an organisation [SADC] that endorses democracy. Moreover, same party rule – maintained through intimidation and oppression, is widespread and prevalent in the region. Tanzania, Mozambique, Botswana, Namibia, Angola and Zimbabwe serve as examples of this.
投稿者 Admin 時刻: 11:00 PM