Dangerous Heaven: Do Refugees Have a Future in SA?

“Do white people have a future in South Africa?” Such was the question posed by John Simpson in a BBC News article on May 29, 2013. However, the question is not necessarily one that can be posed only to white South Africans.

As a foreigner myself, I have been conducting interviews in South Africa with those of foreign origins who have been affected by xenophobic attacks for a project on xenophobia led by Prof. Hussein Solomon of the University of the Free State. The interviews made me face the quagmire that refugees are placed in.

“If I had the money, I would go back to Somalia today”. These were the words of a Somali refugee in his 50s, looking me straight in the eyes. He was first attacked on his way home in 2008. He was injured so badly that he was in a comma for a few days. He was attacked again in 2012. Those attacks caused his current health issues which made him decide to go back to Somalia, despite the conflict, instability and uncertainty back there.

The majority of the informants keep, or used to keep, shops that are made of shipping containers. They usually sell items at a cheaper price than other local shops, and they also live in the containers. 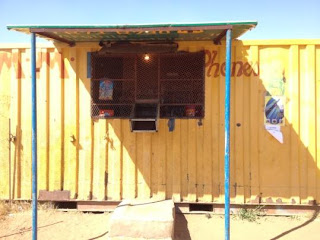 Another Somali refugee in his 30s told me that several people set his shop on fire. Once he and his friend came out of the shop, people broke in and looted everything.

Whether or not those attacks are “xenophobic” or more of an issue of theft or other unrelated crime, it is clear that some refugees are facing difficult situations, or even death, on a daily basis, even though they fled their countries of origin seeking a life in a safer environment.

There is clearly much room for improvement in South Africa’s refugee reception, not only in terms of mere physical reception but also actual integration. Right now, there is no integration program in South Africa like those conducted by other major refugee-receiving countries. Even the tracking of refugees is not sufficient. One of the informants who works for the municipality in Bloemfontein told me that once refugees arrive at the international airports, they are basically free to go anywhere they want, whereas in Australia, for instance, refugees participate in an integration program where they learn about life and rules in Australia in order for them to become not only economically independently but also to be able to adapt to the host society.

Another issue is that there is no institution or organization which is dealing with the issues they have face since the attacks.

An Ethiopian informant in Paarl tried calling the Human Rights Council. “I called them on Friday, they told me to call on Monday. I called them on Monday, but they said they were busy so call on Wednesday”. He told me that he lost his shop in Johannesburg after it was looted. 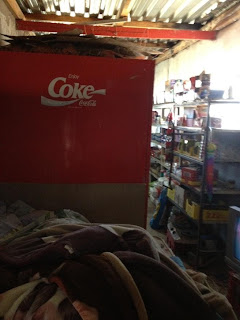 Besides this, the lack of understanding of the concept of refugees is another major issue.

“They come illegally and run illegal business”. This sentiment was expressed very emotionally by a local business man of Indian decent. He said his grandfather had come to South Africa as a legal immigrant, with emphasis on legal, although South Africa is in fact legally bound by the Refugee Convention to protect refugees.

The issue of xenophobia is very complex. Yet, it is clear that refugees saw no future in South Africa.

“I don’t want to stay here, but what can I do?” On our way back from the township, one Somali informant who accompanied me told me that UNHCR had already sent some refugee families to other countries. He asked me about Japan. I gave him the most positive answer that I have even given anyone regarding Japan’s reception of refugees: “It’s tough, but you probably wouldn’t get shot or die from an intentional fire”.

The other Somali informant, whose brother was shot and died in a shop, was sitting right next to me in the car, looking out the window in silence.
投稿者 Admin 時刻: 11:54 PM