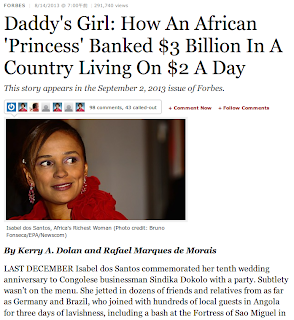 So where’s the money going? This seems the most crucial question and its answer may have wide political, economic and social implications in Angola.
投稿者 Admin 時刻: 12:42 PM