$10 for my vote! How Botswana Opposition Women Politicians Learnt the Hard Way that Party Loyalty Is a Thing of the Past!

Surprising for the beacon of Africa democracy, the number of Botswana women in politics has been declining over the last ten years. Trends in much of Africa have been quite the opposite, with Rwanda leading in the world at a whopping 56% of its parliament seats being held by women. Liberia has a woman president, Ellen Johnson Sirleaf. Malawi also had Joyce Banda briefly serving as a woman president. Zimbabwe’s Joyce Mujuru also briefly served as a woman vice-president. South Africa is not doing too badly either, and South African woman Nkosazana Zuma- Dlamini is the current Chairperson of the African Union.

Botswana went into the 2014 general elections refusing to sign the 2008 Southern Africa Development Community (SADC) Gender Protocol, which among other things calls for commitment to the quota system to ensure representation of women. This did not altogether discourage women from contesting for local government and legislative positions. Altogether 17 women from the three main political parties stood for a total of 57 seats, only 4 women made it through the ballot box, and for the first time, a woman from an opposition party made it to parliament. At local government, even more women entered the race, although still very few in proportion to men. An even smaller number won the local government seats.

The newly founded Letsema Resource Mobilization Support for Botswana Women in Politics provided some modest training for the women before the general election. Training included bringing Ambassador Meryl Frank from the United States to share her experiences in running against strong male opposition. Appointed by President Obama, Frank is a former mayor of Highland Park in New Jersey and serves as ambassador and deputy U.S. representative to the Commission on the Status of Women. Women also trained on the use of social media, message packaging and personal branding. However, none of this prepared them for a new phenomenon they discovered on the eve of elections and on the day of elections, $10 for my vote! 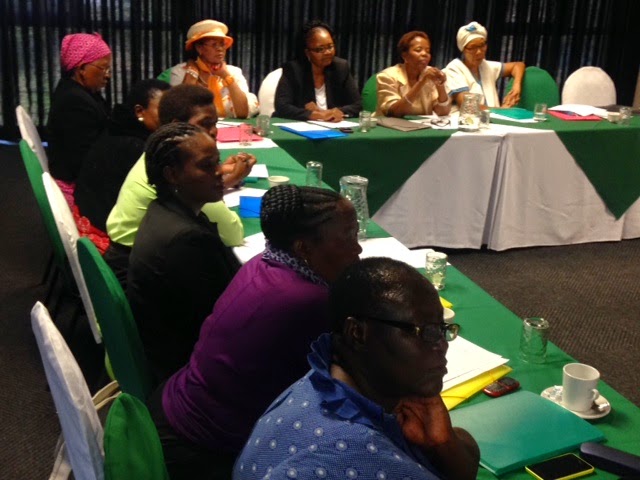 Although there had been a massive public servants strike in May to July 2011, by the beginning of the 2014 election year, it seemed as if it would be business as usual in Botswana politics with the ruling Botswana Democratic Party (BDP) comfortably winning. Predictions were that, the Botswana Congress Party (BCP) would come second. Very little was initially thought of the new kid on the block – the Umbrella for Democratic Change (UDC). As a union of three opposition parties of the Botswana National Front (BNF), Botswana Movement for Democracy (BMD) and Botswana Peoples Party (BPP), speculation was that the union would be inundated by in-fighting. They became the game-changers, making social media a massive campaign tool for the first time in the elections history of Botswana. They reached very quickly to their target audience - the youth. Rather than deterring them, the death of Gomolemo Motswaledi, President of the BMD, catalysed them into branding their ‘bring change’ campaign more crisply into Moono 2014 – making change the agenda for elections 2014. It went viral on social media and by election eve, it was the most trending and threatening development for other parties. Moono 2014 was a success, and the UDC emerged from oblivion to the second biggest political party in Botswana, winning a whopping 17 seats.

At Letsema elections evaluation workshop for women candidates held recently, it came out that Moono 2014 was by no means the only game-changer. Neck on neck with Moono 2014 was a very new and disturbing trend, $10 for my vote! Women shared about this unprecedented trend, where party loyalty was laid to rest. Voters had all the three parties’ membership and attended all the rallies of all the parties. “Even after cross-checking the voters’ roll, no candidate of any party could say for sure how many supporters they had”, one of them declared. “My very own campaign team ditched me at the last minute because they found a better paying candidate to campaign for!” said one. Another recounted the story of an artisan that had come to do a small job in her town. Asking him when he planned to go back to his town for elections, the man shockingly replied, “Depends on which of the contesting candidates in my town will pay for my fare back!”

Social media was in fact used, but not the way the women had been trained. They were trained to use it to spread their message and stay in touch with the younger electorate which preferred social media. Come Election Day, smart phones were used to take pictures of the ballot paper as proof to candidates that the voter had indeed cast them a vote for the promised reward! Male candidates stood outside the polling stations to dish out the reward – the $10 for my vote!