by Philippe Burger
(Professor of Economics, University of the Free State, South Africa)

In 2009, during the global financial crisis, 796 000 workers lost their jobs. Broad unemployment increased by 918 000 people during this period. After the crisis subsided employment started to increase, but at a very slow pace. From the end of 2008 to the end of 2016 the number of employed workers increased by 1.3 million. But unemployed people seeking jobs increased by 1.7 million, while discouraged work-seekers increased by 1.1 million. Thus, using the broad definition of unemployment, the number of unemployed people increased by 2.8 million. This is more than double the increase in employed workers. Clearly South Africa does not create enough jobs. Furthermore, unemployment and non-participation in the labour market are the largest contributors to poverty and inequality in the South Africa. Thus, reducing unemployment will go far to deal with reducing poverty and inequality. 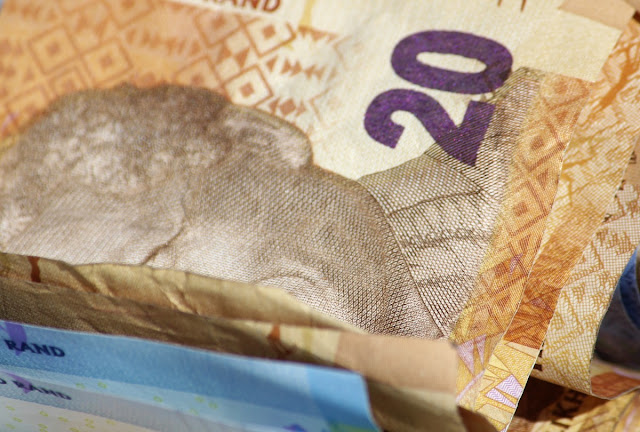 South Africa also suffers from stagnating, low growth. Whereas the economy grew in excess of 5% in the mid-2000s, by 2016 growth fell to 0.5%. This is less than the population growth rate of 1.61% in 2017, indicating that per capita income is actually falling. Unlike earlier recessions, such as the recession in the late 1990s that followed the Asian crisis, and the so-called Great Recession of 2008/9 that followed the global financial crisis, the recessionary conditions characterising South Africa currently seems mostly of its own making.

Policy uncertainty and a seeming longstanding unwillingness of the government to address a number of deep structural problems characterising the South African economy has contributed to a loss of confidence among both investors and consumers, and hence to the fall in economic growth. To reduce unemployment, poverty and inequality requires that economic growth be inclusive. However, it is often forgotten that for growth to be inclusive, there first needs to be growth.

At the conclusion of its most recent visit to South Africa in November 2017, the International Monetary Fund (IMF) highlights the need for the South African government to address issues causing the loss of confidence. The IMF also opines that to restore confidence, an announcement on much-needed reforms that increase competition and reduce input costs to businesses and households should be made sooner rather than later.

Confidence is further weakened by fears that rampant corruption and so-called state capture is undermining the democratic structures of the country. Indeed, the need to roll back corruption and state capture is increasingly seen as a prerequisite to restoring investor confidence. Only then will economic growth stand a chance of returning to levels last seen in the mid-2000s; only then can the triple challenge of high unemployment, high poverty and high inequality be addressed.

Standard growth theory tells us that economic growth depends in the first instance on a country’s levels of physical and human capital. South Africa lacks fixed (physical) capital investment. And its poor school performance means that it fails dismally in the creation of human capital.

The lack of fixed investment is not a new phenomenon. From 1992 to 2007 the total public and private capital stock of the country, expressed as a ratio of total income earned in the country, fell from almost 353% to just more than 256% in 2007. It then rebounded to reach 275% in 2015 (mostly as a result of the construction of the Medupi and Kusile power stations). To restore these capital stock levels requires much higher levels of fixed investment than is currently characterising the economy. In addition, given that the drop in the country’s capital-to-income ratio resulted from a drop in both public and private capital, investment is needed in both the public and the private sectors.

To restore private investment requires the roll back of corruption and the implementation of policy reforms that address the economy’s deep structural problems. Public investment in the form of infrastructure development is also necessary. However, the state of finances of South Africa’s state-owned enterprises and the growing public debt-to-GDP ratio of the national government put a limit on government’s ability to expand infrastructure investment. To cut debt and increase public sector investment will require a cutback in government’s current expenditure, of which government’s salary bill constitutes a large proportion (larger than is usual in South Africa’s emerging market peer-group countries). Given the limit on government’s borrowing capacity, policy should also consider supporting private investment in what traditionally was considered the realm of public investment. Examples include renewable energy sources such as wind and solar power.

The structural reform policies that the government needs to implement, must also include policies that ensure inclusivity – otherwise economic growth will not be inclusive. Key inclusive policies that also support growth include tenure rights reform on communal land, policy to significantly improve South Africa’s dismal education system, and policy to support investment.

More than 30% of South Africans still live on communal land, mostly located in the former apartheid homelands. Most of this land is still controlled by traditional leaders, with individuals living on the land lacking proper tenure rights to the land. Tenure reform must ensure that communities gain control of communal land and that individuals farming plots of land have tenure security that they can leverage to access commercial and development finance. To reduce input costs and improve market access, the government must also facilitate the development of proper supply chains within which small-scale farmers can be embedded.


In the longer run inclusion in both urban and rural areas will depend on education. According to StatsSA almost half of the unemployed did not complete high school, with a further 11% having completed only primary school or less. This contrasts with just more than a third of the employed not having completed high school and a further 13% completing only primary or less. Only 7.8% of the unemployed hold a tertiary qualification. This contrasts with 20.3% of employed workers holding a tertiary degree. The mismatch between the qualifications of the employed and the unemployed shows that lower levels of education coincides with a higher probability to be unemployed. In addition, research by Hanushek and Woessmann clearly shows that countries whose children score better in mathematics and science are also countries that grow much faster. And note that it is not only rich countries that grow fast. To the contrary, many emerging market countries appear on the list of fast growers.

Even though education will contribute to faster economic growth, given the time it takes to educate people, education remains a long-term policy (though with a short-term urgency to implement it). To spur growth in the short- to medium term requires higher levels of fixed investment. Ensuring policy certainty, business-friendly economic policy and a willingness to see the business sector as a true partner in developing the economy, will spur the business sector to invest. The government should then encourage a recursive investment policy, i.e. a policy that not only encourages investment, but also the reinvestment of the returns made on investment. Irrespective of whether such investment takes place in labour- or capital-intensive industries, employment will increase. We know this from the all too brief growth spurt of the mid-2000s when, even though South Africa has a low employment intensity, economic growth of between 3% and 5.5% reduced the unemployment rate from about 29% to 21% between 2003 and 2008.
投稿者 Admin 時刻: 1:21 AM