Reflecting on the Corona Virus in South Africa: Time for Critical Introspection

by Hussein Solomon
I write this as South Africa enters the first day of a 21-day lockdown period. With South Africa surpassing more than 1000 infections and recording its first deaths from the COVID-19 virus now is a time for critical introspection. The crisis has laid bare the challenges we ignored or papered over for much too long – specifically as it relates to governance.
For much too long, our porous borders drew too little attention. Yes, Pretoria knew that millions of migrants streamed across these non-existent frontiers and we ignored it. We knew organized crime syndicates trafficked people, drugs and other contraband across these frontiers and we ignored it. As I watched spell-bound as my government, like many other governments cancelled flights from landing and cruise ships from disembarking in the light of the global pandemic, I hope we as South Africans, could once again exert control over our almost 10,000 kilometers of land borders.
For much too long, we knew that our health system was faltering. Despite these failings we have sought to bring about grandiose plans like a National Health Insurance system knowing full well that we were building castles on quick sand. The economic costs were unsustainable and the idea of an inept state controlling such a complex process was apparent to all except the state apparatchiks with their misinformed ideological zeal. Health professionals, meanwhile, were voting with their feet and sought emigration, rather than confront the looming calamity. The shortage of masks to nurses in hospitals as a result of COVID-19 has made these failures all too apparent. This, being perhaps the most visible manifestation of the crisis in this early stage of infections. As the country emerges from this crisis, however, we need to seriously re-examine our health system, how we prioritize our available funds and overcome the various inefficiencies. 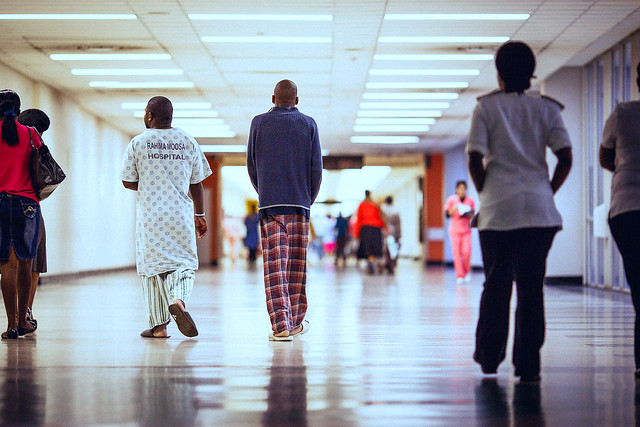 For too long, South Africa ignored the crisis emanating from our dysfunctional, inefficient and dangerous public transport system. On this first day of the national lockdown, health care workers had difficulty traveling to work. Mini-bus taxi drivers, meanwhile, flouted government regulations on how many passengers they could transport in a single vehicle.
This flouting of laws has indeed become a national characteristic of South Africans. Whilst complaining about rampant criminality, ordinary South Africans are criminal in their negligence of or deliberately violating the laws of the land – from routine traffic violations to students engaging in violence on the country’s universities to striking workers destroying property. On the first day of the lockdown, several South Africans ignored government warnings to stay home. Such behaviour is not only selfish but constitutes a danger to all South Africans. This is particularly salient in light of the many South Africans who have compromised immunity systems as a result of being HIV positive and/or having tuberculosis. Commentators have noted how countries with law-abiding populations tend to substantially slow down the spread of the virus. This selfish behaviour and more general lawlessness on the part of all South Africans has to end.
Whilst government has deployed police and the defence force, it is increasingly obvious that these forces are spread too thin. Given the need for public order and the inability of South Africans to practice self-discipline, what the country needs is a gendarmerie on the French model to assist the police.
One hopes that the current pandemic allows South Africans to engage in some critical self-reflections.
投稿者 Admin 時刻: 2:46 PM