Public health crises and the news media in perspective


The novel corona virus (Covid-19), continues to threaten the health and lives of large numbers of people throughout the world. It has also wrought havoc on social and economic activity, most notably in high-income countries in Asia and the West. It has also captured the attention of the world’s media, displacing all manner of domestic and world news in its wake.

But at a global level, the levels of attention are not necessarily proportionate with the level of the threat to human life. At the time of writing, Covid-19 has infected roughly 180,000 people and killed around 7,000 people worldwide. To put this into perspective, each year, malaria infects more than 200 million, and kills more than 400,000 people worldwide, with more than 90% of these deaths being in Africa. Tuberculosis infects 10 million annually, and kills roughly 1.5 million of those people. And diarrhea, caused by contaminated food and water, kills more than all those who die of malaria, tuberculosis and AIDS combined. All of these diseases, like Covid-19, have a global reach (with the exception of malaria), although they are most heavily concentrated in the Global South.

These are millions of lives lost each year that are largely preventable, and yet these deaths, and the threat that such diseases continue to pose to humanity, are routinely ignored by the news media. A search of the New York Times website found that, for the entire year of 2019, there were just 6 articles about tuberculosis (containing the word in the article title) and 4 articles about malaria (two of which were about an anti-malaria drug at the 2019 Beijing Expo). From the perspective of the news media, the deaths caused by these diseases, whether preventable or not, have been ‘normalized’, and are ‘acceptable’ to the point that they are neither newsworthy nor noteworthy.

The obvious conclusion here is that the levels of media and public attention to such diseases are not determined by the loss of, or threat to, human life per se, but are largely dependent upon the question of whose lives it is that are being lost or threatened. Just as can be seen in the massive gaps in terms of the haves and have-nots in terms of media coverage of armed conflict (and of coverage of the world in general, for that matter), the geographic location, nationality, race, ethnicity and socioeconomic status of the victims are major determining factors. Covid-19 impacts high-income Western countries where malaria, tuberculosis and diarrhea-related diseases do not. 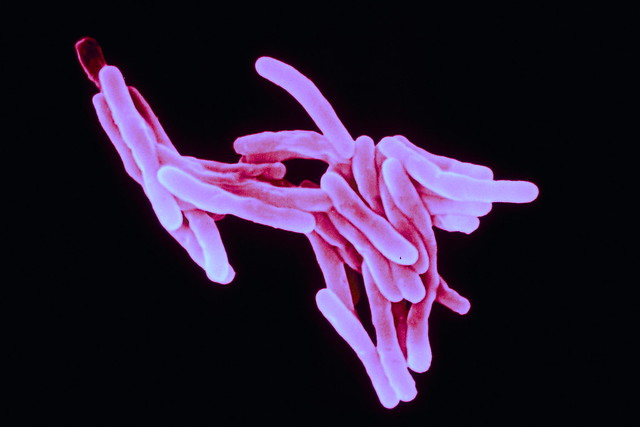 Similarly, the 2014-2016 outbreak of Ebola disease virus in West Africa, which became the worst in history, did not begin to grab worldwide headlines until the disease began to be seen as a threat to people in high-income countries. Those living in these countries could perhaps be forgiven for not noticing that we are just now overcoming the second-worst outbreak of Ebola in history, one that has been ongoing in the Democratic Republic of Congo (DRC) since 2018. It has hardly been making headlines in the Western media.

But levels of news attention depend not only on location and identity of the victim, but also on novelty – the characteristic of something being ‘new’. Malaria, tuberculosis and diarrhea-related disease kill large numbers of people, but it is a constant stream of threat and tragedy. Covid-19 (like MERS or SARS before it), on the other hand, is a rare occurrence, with outbreaks appearing (at least at current trends) several years apart. New developments, threats and deaths that we have not yet normalized, are considered particularly newsworthy. This applies even in high-income countries. As is already being pointed out by many, annually occurring seasonal influenza kills tens of thousands of people in the US alone each year – far more than Covid-19 has so far, and yet the media is calm and relatively low-key in its response. Although the threat is grave, it is something that has been normalized by society and the media.

By the same logic, however, the media could be expected to have been responsive to the outbreak of Ebola in the DRC. It is, after all, a major disease that is extremely infectious and deadly, and that only occurs occasionally. The same can be said for the world’s worst measles outbreak, also occurring in the DRC, which, unlike malaria or tuberculosis, is also a new development. The number of people measles has infected and killed in the most recent outbreak there is also comparable to Covid-19. Both Ebola and measles have an additional novel characteristic in the sense that the ongoing armed conflict in the DRC has compounded the problem, hindering efforts to stop both diseases. And yet it has struggled to attract any small measure of media attention. Clearly, who the victims are is more important than the novelty factor.

But there still remains one final factor that is related to novelty – the fear of the unknown. Ebola and the measles occur as occasional outbreaks, but they have happened before and much about them is already known. Covid-19 is a new strain of corona virus, and as such, its impacts are yet, to a degree, unknown. Scientists are still trying to attempt to understand just how infectious and how deadly it is. Fear of the unknown regarding the virus, and the panic it creates, serves public appetite for constant updates and information, and simultaneously, the interests of the commercial media.

Interestingly, these patterns in the media are not only seen in the countries greatly impacted by the public health threats, but throughout the world as a whole. The media in Southern Africa, for example, which has been largely spared from Covid-19 so far, is also devoting a considerable amount of its attention to the spread of the virus. Global news flows – the determination of newsworthiness and the spread of information worldwide – are largely determined in the countries in which economic and political power resides.

This is not to downplay the suffering (actual and potential) caused by Covid-19. The disease does indeed pose a major ongoing threat to people throughout the world, and Africa will undoubtedly struggle to contain the spread and its consequences if the number of cases begins to rise substantively. But by the same token, if preventing the loss of human life – regardless of its location, nationality, race, ethnicity or socioeconomic status – is the prime goal in stopping Covid-19, then it is perhaps time to remember that other major public health crises also desperately await our attention.