On 14 February 2018, former African National Congress (ANC) leader and master tactician, Jacob Zuma, resigned as the fourth democratically elected President of the Republic of South Africa. This decision stemmed from internal pressure from his political party to step down and hand over the reins. Zuma’s tenure was marked by economic decline, corruption scandals, and numerous accusations of misconduct which resulted in him becoming the posterchild for corruption. At the time of his resignation the country experienced a reduction in its export and commodity prices, the unemployment rate was 26.7 per cent, the country’s economy was weak and its’ image tainted. Many believed that his resignation marked the end of the country’s relationship with corruption and mismanagement.

Nonetheless, Zuma’s resignation held further implications for the country. It resulted in former trade union leader and Deputy President, Cyril Ramaphosa, taking over as the country’s acting President. Ramaphosa’s entry into office sparked a wave of optimism and hope for an economic revival which many referred to as Ramaphoria. It is important to note that he had a steep curve ahead of him. Ramaphosa was faced with addressing the country’s internal challenges, attracting foreign investment, rebuilding the country, and mending the divisions within the ruling party. During his first state of the Nation Address, he promised the South African people a new dawn. He stressed job creation which resulted in him hosting job summits, investment conferences and accelerated infrastructure projects, but very little was achieved. Twelve months later the country was still faced with a stagnant economy and high unemployment rates. Some hoped that this would change after the May 2019 national elections which cemented Ramaphosa’s position as President – now with a popular but weak mandate.

The 2019 national election highlighted the growing disillusion with the country’s political system, as it was the weakest electoral showing since the start of democracy in 1994. This may be due to the distrust that citizens have in government and the country’s political parties. The 2020 Edelman Trust Barometer found that 57% of the country’s general population believes that government serves the interest of a selected few, while only 30% believe that government serves the needs of the entire population. This mistrust may eventually result in a crisis of governance. 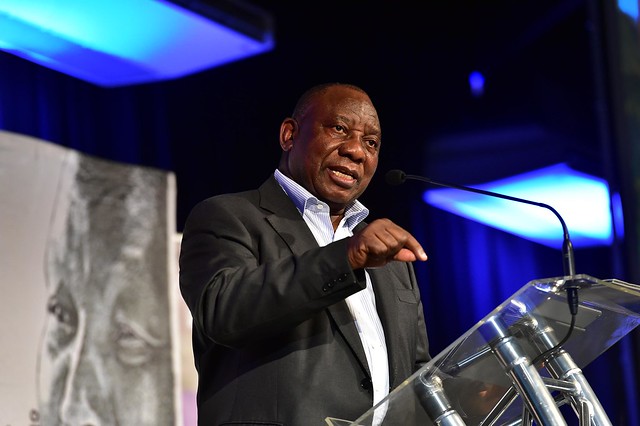 Government has been warned that the country may be facing a probable collapse due to its inability to pay service providers, manage appointments, carry out disciplinary action and prevent corruption. In addition to that, poor governance, maladministration, a lack of investment, stagnating economic growth and reckless spending has resulted in government’s debt-to-GDP ratio reaching 69.1%. The country’s economy managed to grow by a mere 0.2% for 2019 before being brought to its knees by Eskom’s – the national utility - power outages during the last quarter of 2019. The country suffered two consecutive quarterly economic declines in 2019, which meant that it ended the year off in a technical recession. The World Bank, International Monetary Fund and the French International banking group BNP have all cut the country’s growth forecast for 2020. This and other reasons have resulted in South African companies planning to cut over 10,000 jobs during the first three months of 2020. This may aggravate the already devastating unemployment rate of now 29.1%.

In addition to that, the country’s cities and rural towns are on the brink of collapse as many of the country’s capitals are either in a state of disarray or under administration, and companies are moving out of rural towns that display poor management. Moreover, the government has been accused of not rendering basic services to their citizens. This has resulted in service delivery protests reported on by media outlets. South Africa has been displaying more serious governance challenges such as an increase in criminal and political violence, weakened state institutions, disintegrated roads, failing power plants, an erosion of investor confidence, a collapsing health system, gender based violence and an ever declining GDP. It is worth noting that these are characteristics of failing and failed states. While South Africa may not currently count as one, it is definitely flirting with the idea. South Africa needs to engage in serious introspection if it seeks to rectify its challenges.

The country is in need of inspirational leadership and action. It needs leadership that will prosecute those accused of weakening and destroying government departments and state-owned enterprises. Government needs to enforce expenditure cuts, address structural challenges, focus on institutional strengthening and continuity, and invest in infrastructure as this may stimulate the economy, restore domestic and foreign investors’ confidence and ultimately create jobs. This shift towards better or good governance is needed to achieve better social and economic outcomes such as poverty alleviation and sustainable development. It should be noted that continuous governance failures have the ability to diminish a governments’ legitimacy and this is certainly not something the country should aim towards.